Tesla battery degradation: This is what real data tells us

In this guest blog post by Ramin, the creator of the Stats app for Tesla, uses real data to throw some light to common Tesla battery degradation questions. TL;DR: There is nothing to be worried about in the vast majority of cases. 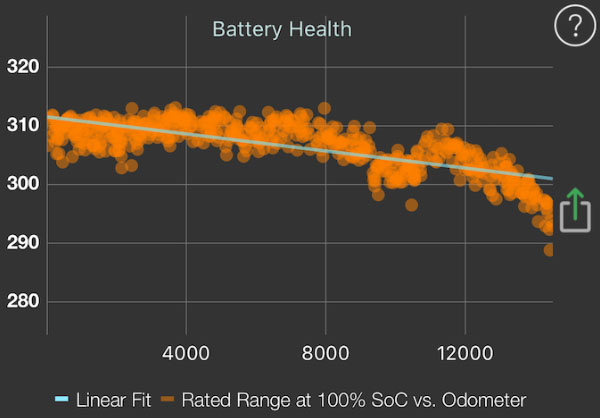 Yaro_S, a reddit user that rebuilds Teslas, took these pictures of the battery of a Model 3 that hit a pole at 60mph. By now, we all know that Teslas are less likely to catch fire than normal ICE vehicles, but even more so the Model 3, according to Yaro_S. «None of the cells combusted. There is one that looks like it got to a very hot temperature and started to melt but did not burn.» I find that remarkable, given the damage shown in the picture. 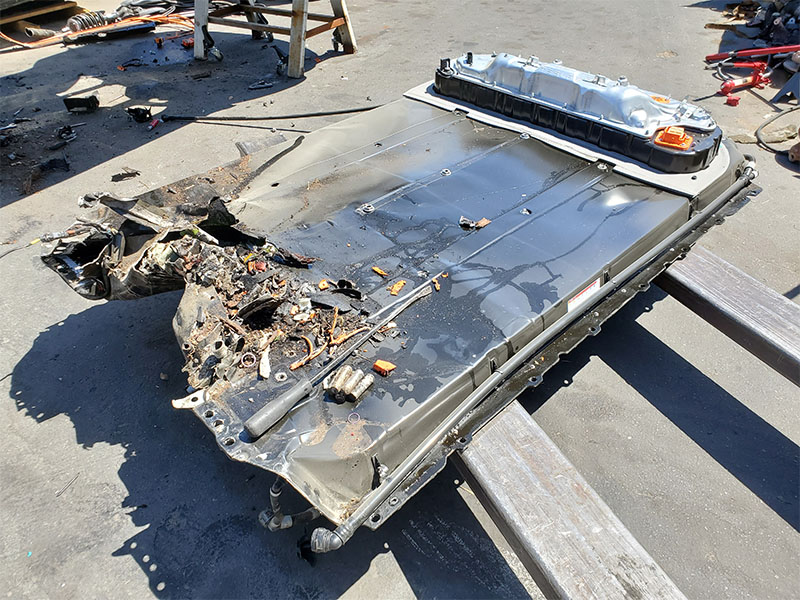 Jason Hughes discovered some interesting bits buried inside the Tesla BMS firmware. Tesla has made changes to fit 108 cell groups and there is a ‘packid’ that states that the pack can be ~109 kWh.

In this video, he compares his 6% drop to another Model 3 with similar mileage, but less frequent DC fast charging and found out that those lost only 4% of the initial capacity.

Concerned about your battery degradation?

Battery Compare is an iOS app is brought to you by the creator of StatsApp, the app helps you understand how your current battery and car configuration compares to cars with the same characteristics and mileage.

Germany has recently announced they’re planning on forcing petrol stations to provide electric car charging as well. They are committed to making the EV numbers go up and they are starting by trying to reduce range anxietyanxiety- they have identified that 97% of the reason why people aren’t buying electric cars is range anxiety. Germany is also planning on investing 2.5 billion euros on battery cell production and charging infrastructure.

It’s unclear what this hidden section is, maybe they extended the referral program to give folks credit to expend on Tesla services, maybe something else.

Sean Mitchell did a terrific interview to Ravindra Kempaiah. This almost two hour long interview covers topics from how to make batteries to the process of manufacturing battery cells. The interview is full of interesting material but if you are interested in a particular part of the process, Sean did the amazing job of including titles and links to the different sections of this video in the description. Thanks Sean for the great content and for making it easy to browse! 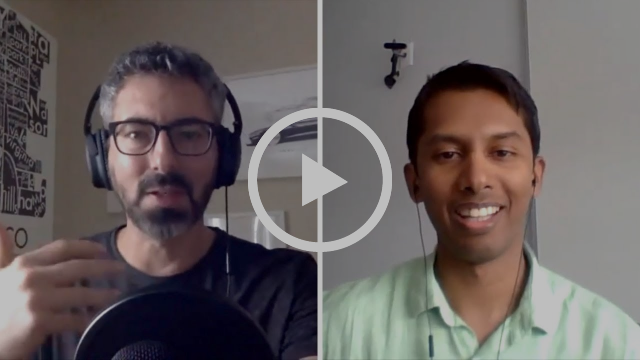 Great in-depth explanation about what was the technology that Maxwell was working on and how Tesla could use it to revolutionize batteries.

Elon recently confirmed on Twitter that the Model 3 AWD will also be available on standard battery. Woooot?!

Greentheonly discovered a few bits pointing to new hardware coming to the Model S and the Model X imminently:

wk057’s investigation into the Tesla firmware revealed these as the actual pack sizes:

Winter is coming and with that some rough times for batteries. Here are some tips from Tam about Teslas and cold weather.

Tesla is expected to start producing Model Y and Semis in 2020. With that, plus Model 3s and a bump on Tesla energy, they’re going to need all the batteries they can produce. If this is true, GF1 will be going from 35 GWh to 54 GWh, which is a lot.

A couple of Tesla Energy Engineers, Colin Breck and Percy Link, explore the evolution of Tesla’s Virtual Power Plant and talk about how Tesla’s Autobidder software and Energy platform are designed to solve the bigger problem.

Tesla battery degradation: This is what real data tells us

Ramin from @StatsTeslaApp has written this article about battery degradation backed with real usage data collected from his Tesla Stats App. He frequently gets questions like «My Tesla is only x months old and I am concerned about losing y% of range during this short period of time» and «If this rate of range loss continues, my range will be half of what it is now very quickly», so he wanted to share what’s really going on after looking at the data.

Thank you, Ramin, for sharing your insights!

The creator of the Stats App has written an article about battery longevity, here are some interesting bits:

Big news on the battery longevity front. A research partner has released a new paper on a battery cell that could last over one million miles. Elon has stated in the past that the drive unit is designed, tested, and validated for one million miles of operation but that they may need to replace some modules of the battery pack to get to that since it should last between 300,00 and 500,00 miles. Jeff Dahn - the lead researcher and someone that we featured in the past - and his team have been extensively testing these cells and they think - based on the results - that a new type of battery could power an electric car for over 1.6 million kilometers or 1 million miles.

Previously, Tesla’s software was coded in a way that the maximum battery size possible was 104kWh. Now, after an update and giving it one more bit, it can go up to 208kWh. While this doesn’t mean that Tesla is going to release a car with a battery larger than 208kWh, I think it’s more than possible that it will release one with a battery larger than 104kWh in the next months.

Tesla plans to introduce a new low-cost, long-life battery in its Model 3 in China later this year or early next that it expects will bring the cost of electric vehicles in line with gasoline models, and allow EV batteries to have second and third lives in the electric power grid. Tesla is not just a car company, it’s an energy company, and this is yet another great move by Tesla in that direction.

After a recent fire in Hong Kong, Tesla is releasing an improved battery thermal management for the Model S and Model X as a precautionary measure. While fires in Teslas happen, we have to remind ourselves that a fire in a Tesla is ten times less likely to experience a fire than a gas car.

Crossing the $100 per kWh would allow electric vehicles to reach price parity with ICE vehicles. Tesla also looks to bring its battery cell production in-house and enable rapid mass production. The plans are for these new battery cells to make it to the vehicles first, and they would allow them to achieve a longer range without using more batteries. Not sure how this project will interact with Tesla’s plans to soon release a 110 kWh battery pack with over 400 miles, we shall see.

Three part video series in which SavageStormAir explains the core of the Tesla’s battery technology, the battery pack. 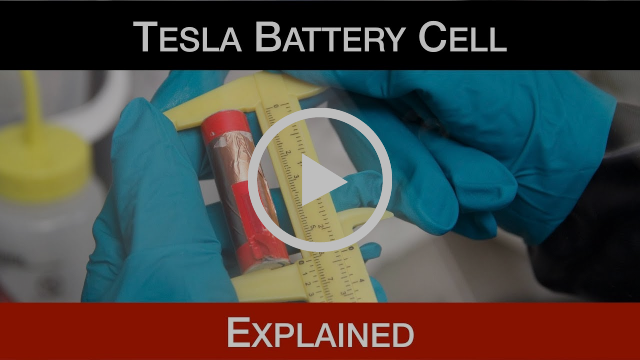 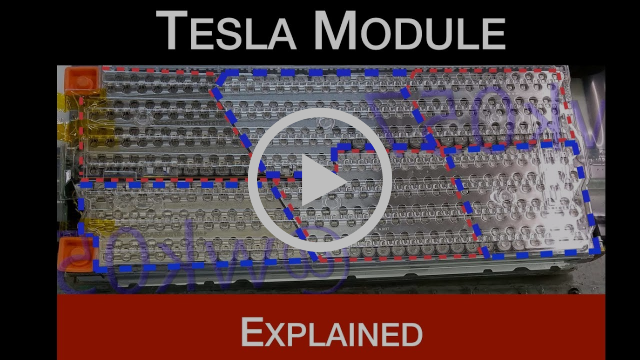 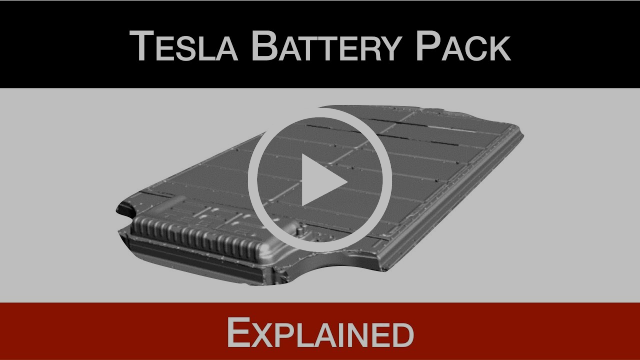 What does ‘universal’ mean? Basically, Tesla is going to update the Model 3 production lines in the US passing on the Model Y battery manufacturing improvements and eventually incorporating the Model Y heat pump in the Model 3 as well. No timelines have been shared yet.

Very nerdy video about the Model 3 (and Y) battery pack while looking at the signals that explain how the BMS thinks.