Woohoo! We made it to Tesletter’s issue #100 🎉 It seems like it was yesterday, but it’s been almost two years! It’s been a great journey and one thing that is clear to us is that Tesla not only makes incredible cars but also has the power of bringing together amazing human beings which, together, form a terrific community. The Tesla community is huge and we’re humbled to be part of it 🙏

To celebrate our issue #100, we wanted to pay a little tribute to the community by featuring some stories of its members. Zoom in for a closer look at it ;-) 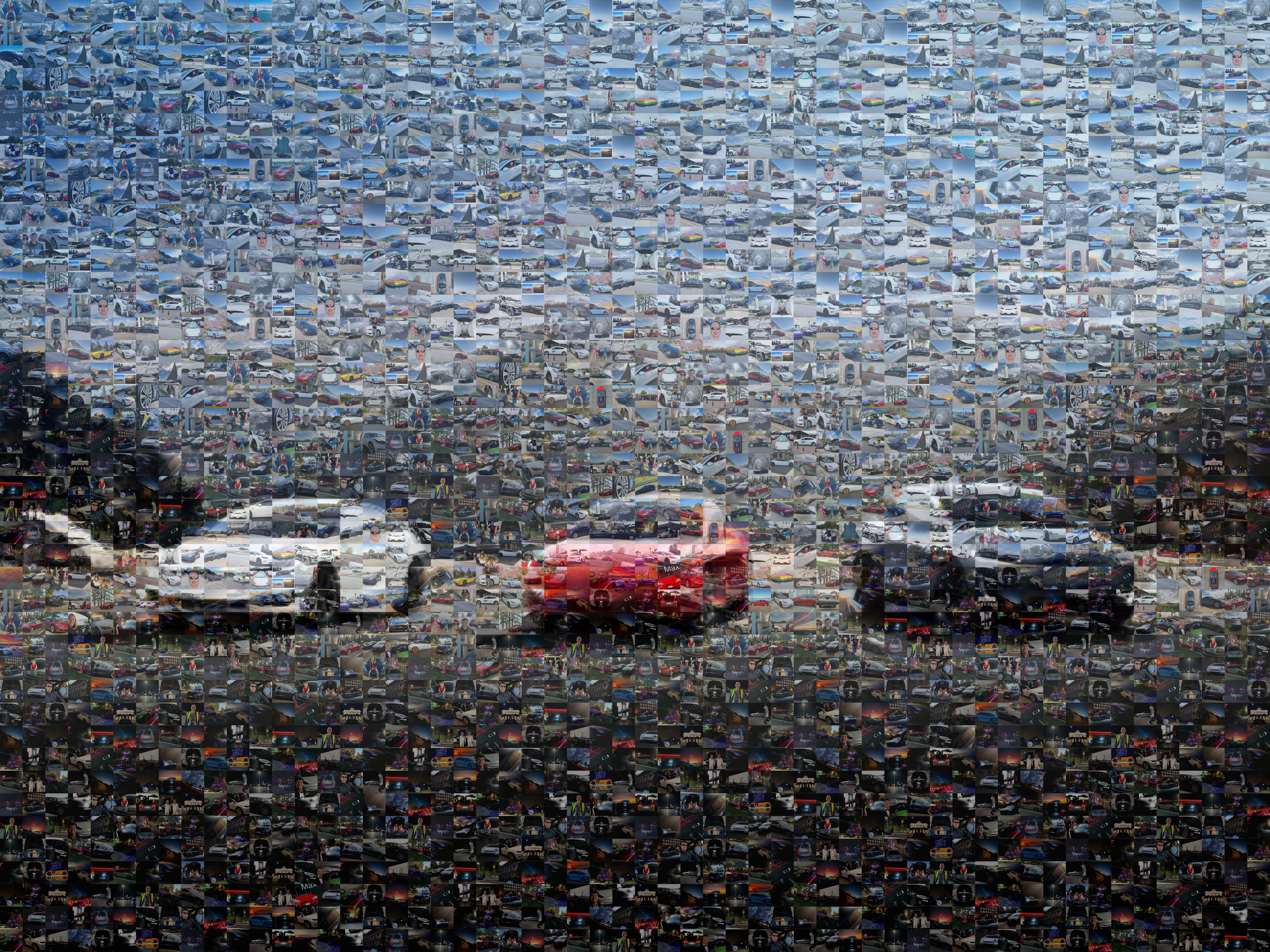 Michelin CrossClimate+ 18 tires for the Model 3: Yay or Nay?

Paul Braren has done extensive research to compare the OE Michelin Primacy MXM4 Acoustic and the CrossClimate+ tires and has reached to the conclusion that the CrossClimate+ might factor in a ~10% range loss. They’re better in snow & rain, protect rims, cost less, but reduce range. Thank you for sharing!

Tesla is brewing major hardware changes, according to Greentheonly

According to @greentheonly, the fact that Tesla suddenly froze their releases after 2019.40 just backporting essential stuff and preventing leakages, that 2020.4.1contains very limited changes, and that something similar happened before HW3 was released, make him think that Tesla is getting ready for new important hardware changes. What and when? There are many rumors but until Tesla announces them they are just that.

Whoever did this, thank you for being awesome

Nice gesture at a busy Supercharger. Thank you u/infinite-dark for sharing. 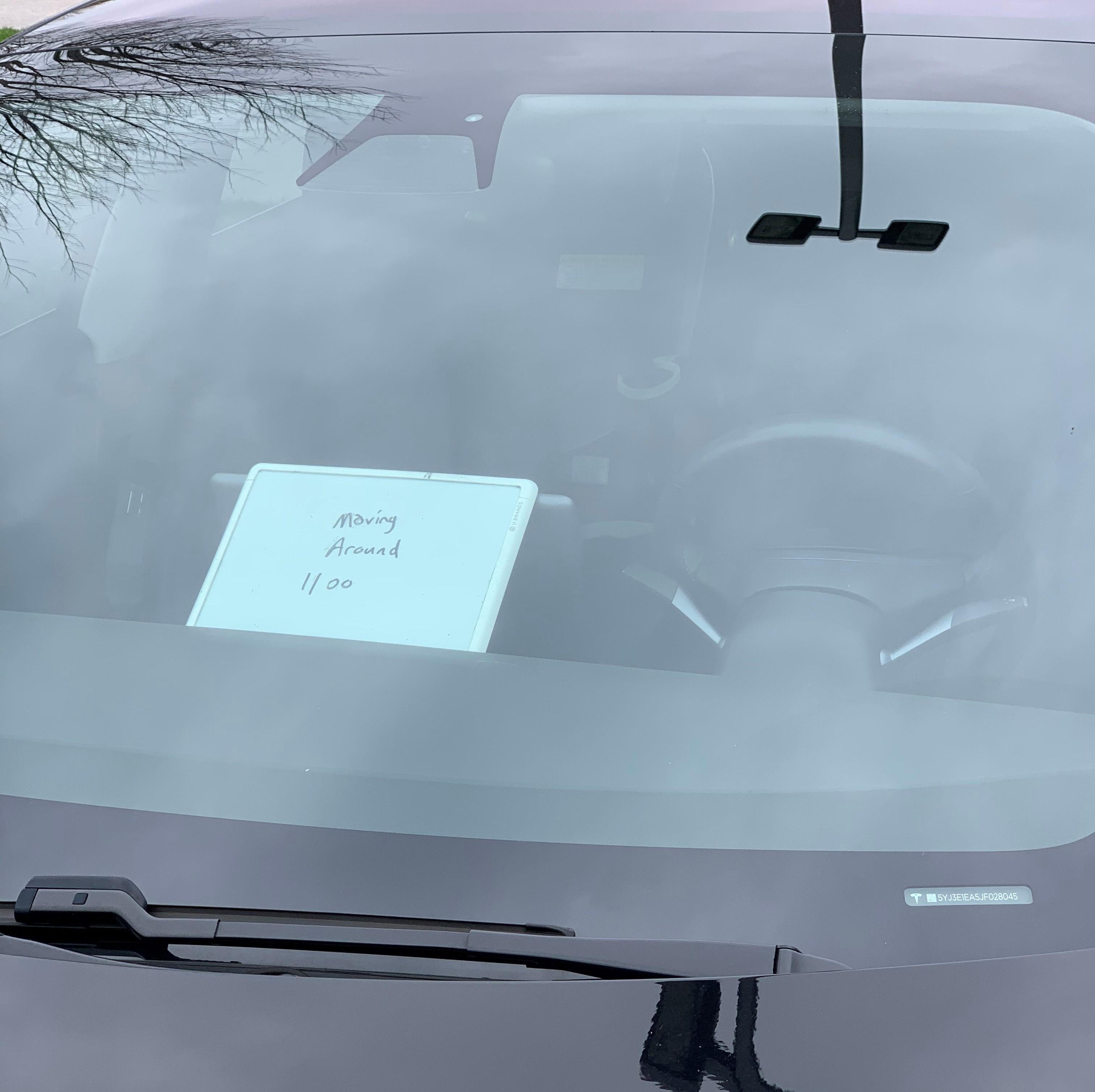 The Gigafactory in Berlin has a target capacity of 10,000 vehicles per week

Tesla has big plans in Europe, look at this schedule and numbers:

Ian Pavelko and Trevor Page from @Model3Owners are going to be taking turns driving day and night to perform Canada’s first coast-to-coast EV road trip. They want to obliterate the misconception that electric vehicles are not made for long-distance and harsh weather. Way to go!

The adventure was scheduled to start on Feb 23r but unfortunately, due to Ian getting bad flu (we hope you feel better soon!) it’s been postponed one week. Stay tuned! 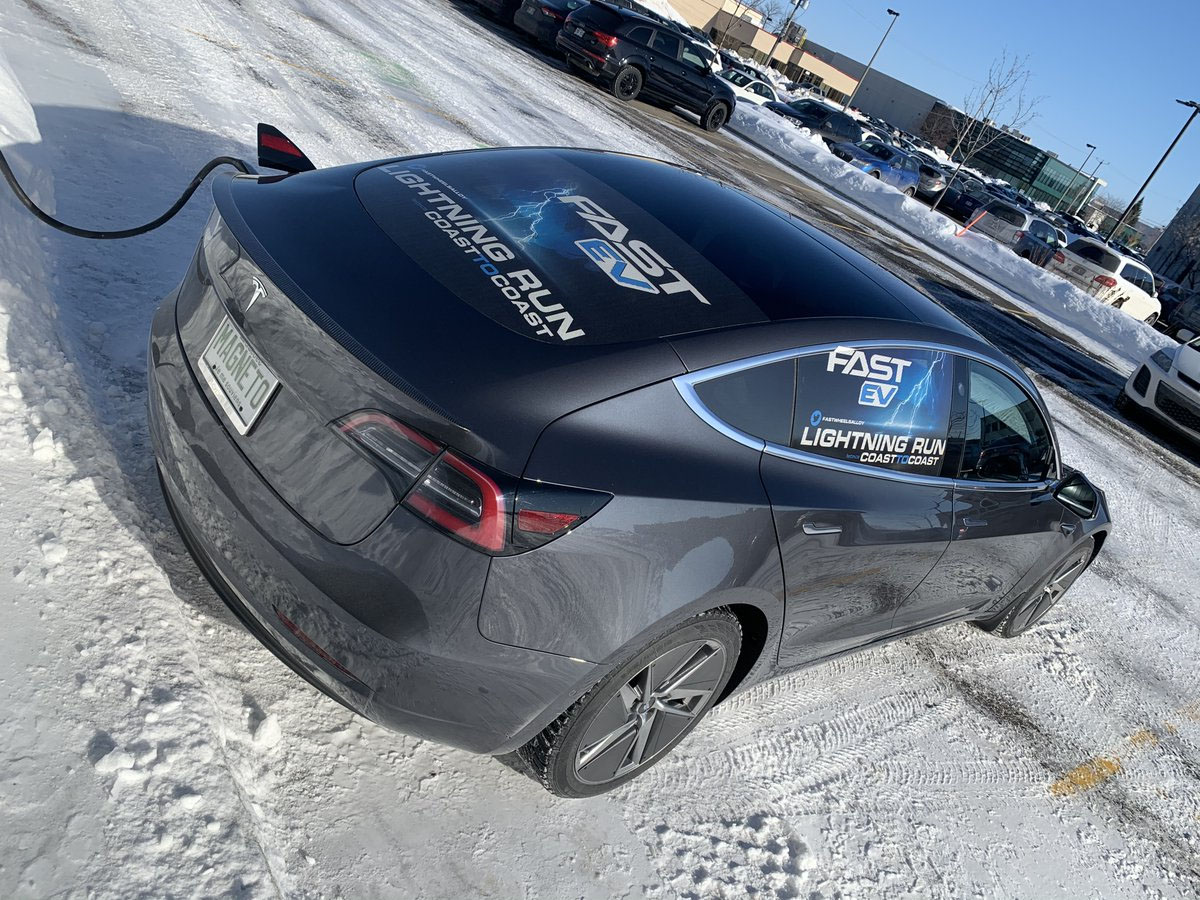 Tesla has just started sending out delivery confirmation emails to Model Y reservation holders (both with Performance and LR AWD configurations). Deliveries will start on March 15th, just a year and a day after the Model Y unveiling. Will there be a delivery event on March 14th? 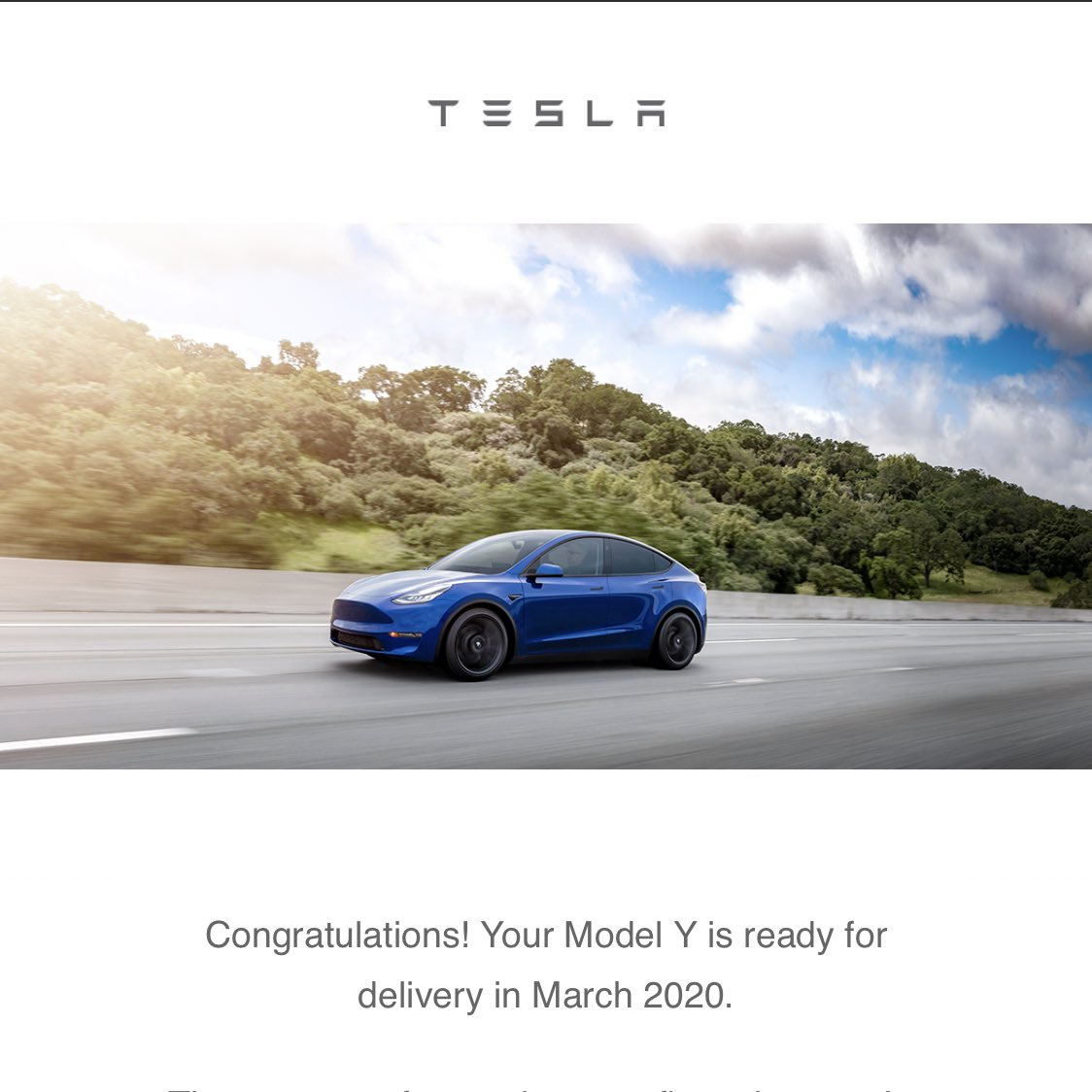 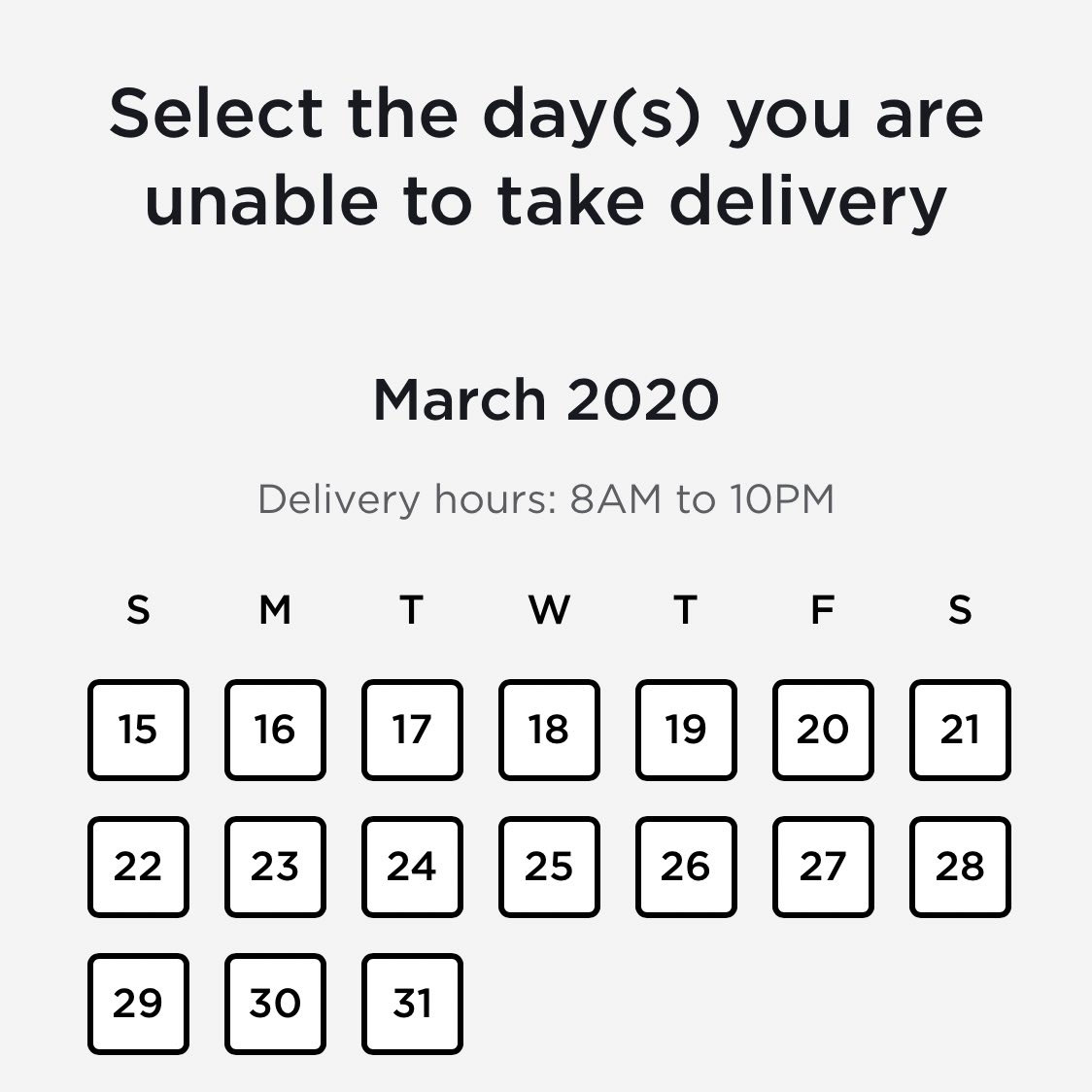 I don’t own a Model 3 but if you do and, like me, don’t love the look of the Aero Wheel Covers, check out this new Kickstarter project called Orbital.

I find it very smart and honesty, these wheel covers look amazing. Early bird deals are expiring soon, so hurry up! 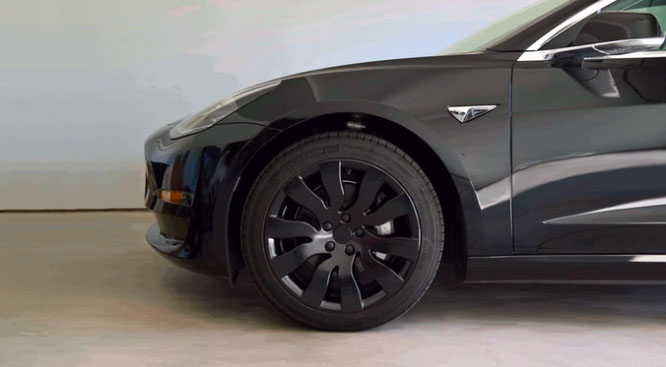 For all of you crazy about Tesla’s Hot Wheels- I know I’m not the only one- they’re stepping up their game by making a 1:10 scale Cybertruck and a smaller more affordable version at 1:64 scale. Expected to ship in December 2020, the first one is already sold out, but you can always join the waitlist. 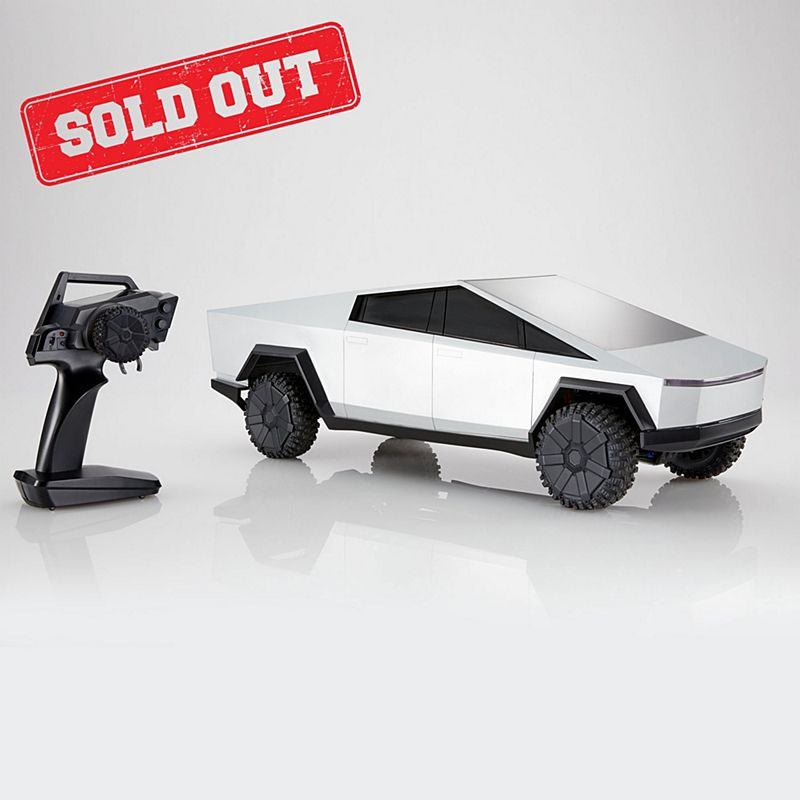 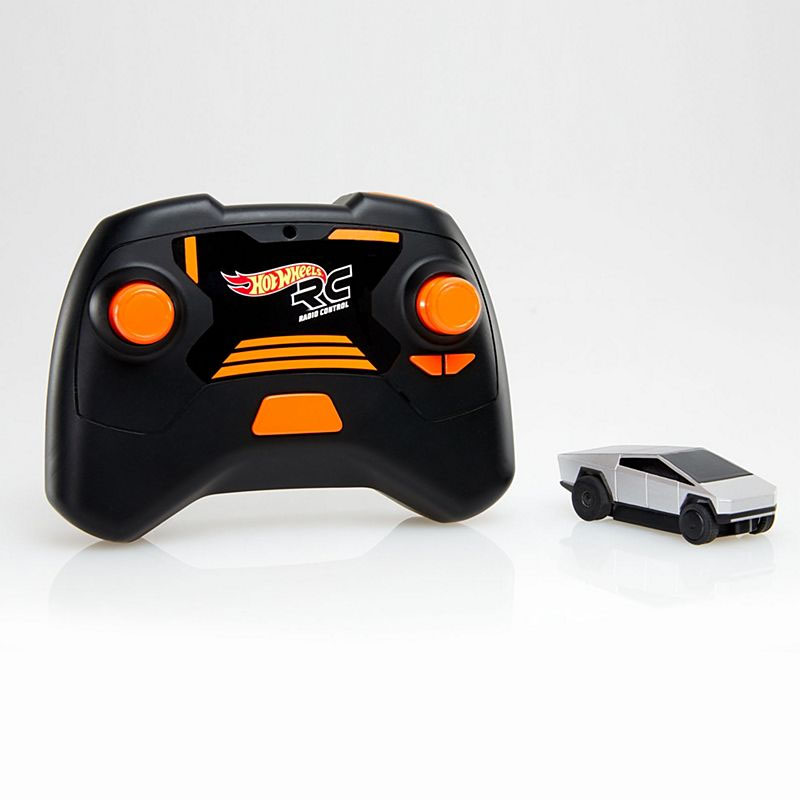