Last week we shared some news about the Model Y CARB certificate being published. Since then we’ve learned about some people ‘confirming’ from Tesla employees (both on Twitter and Reddit) that Tesla will start delivering Model Y in two weeks. Here’s what we know. 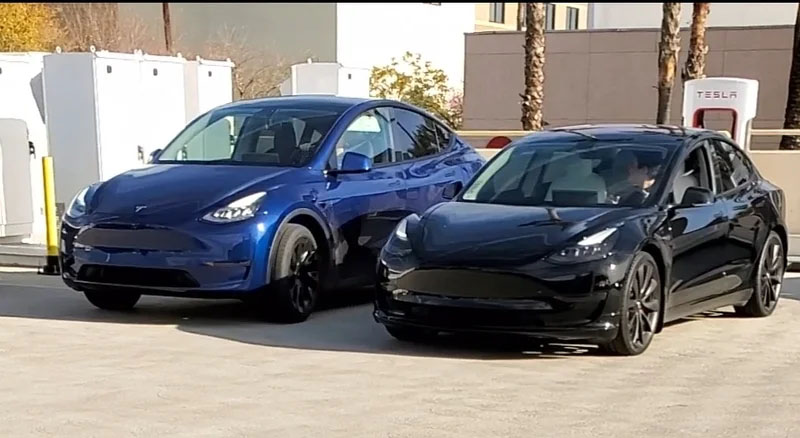 Join hundreds of EV enthusiast in EVs and Tea in Miami

Next February 8th, Evannex, MyEV, and InsideEVs are organizing what is going to be the biggest EV event on the East Coast. Some of the guests include Trevor Page from Tesla Owners Online, Rafael Santoni (aka Teslatino), and Michael Bodner (aka Teslatunity). You can’t miss it! 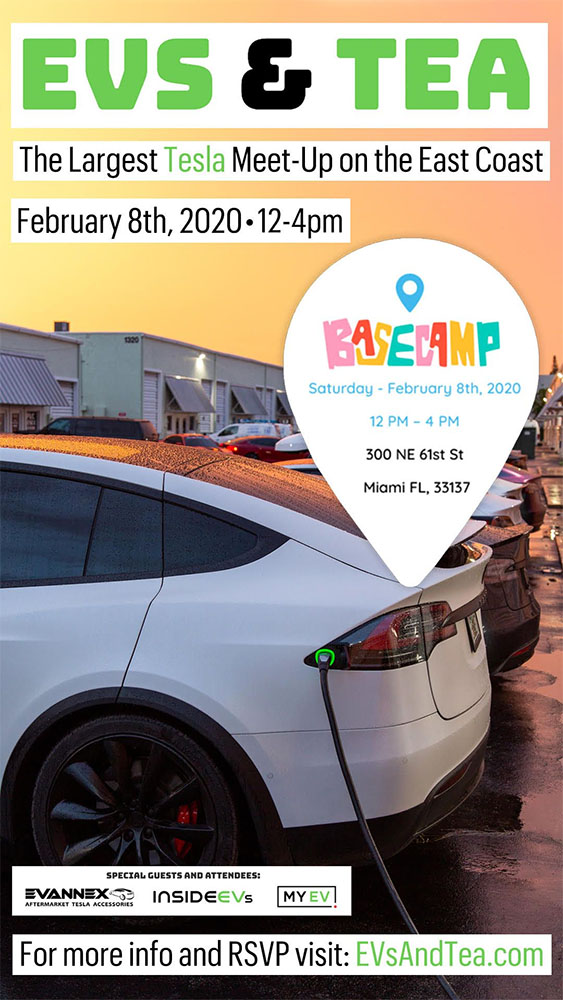 Ben sat on a Model Y

Twitter user macbentosh was able to sit on a Model Y, here are his observations:

We’re partnering with Stats for Tesla to give away 3 licenses for their popular iOS mobile app for Tesla. Use Siri to interact with your car, check out gas savings, see the percentage of users in each firmware version, and more! Check out pinned tweet to participate. Good luck! 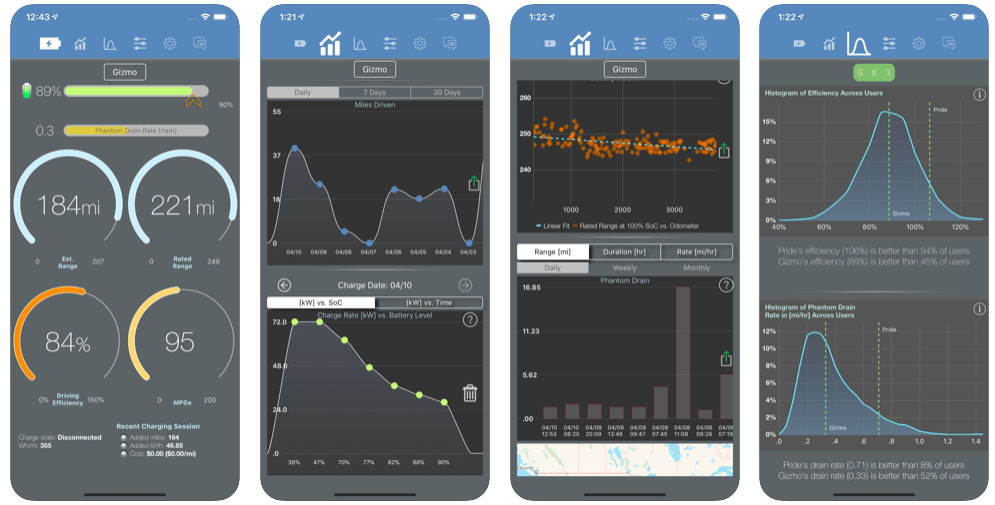 Just this past week, I was telling Vanessa about creating a site exactly like this one. Glad to see someone has done it already!

Local Tesla Owner Clubs are great resources for folks as well as for helping Tesla- at least in some locations- with deliveries. Local clubs usually do meetups, help with events like Earth Day, and in general help accelerating the world’s transition to sustainable energy. I personally know the folks who run three of the clubs in my area (Silicon Valley, San Francisco, and East Bay) and the one in South Florida, and I can say they are all amazing human beings who use their personal time (and money) to help other Tesla owners. If you don’t know about your local Tesla Owner Club yet, I recommend a search here. And if there isn’t one in your area, maybe you can be the one starting it!

Here is a preview of the installation of a Tesla Solar Glass Roof in San Ramon. As a curiosity, and according to the owner, this is taking Tesla around six days to do the installation.

A Baidu representative said in an email to Electrek:

Cool closeup pictures showing how good the quality of the Model 3 MIC is. 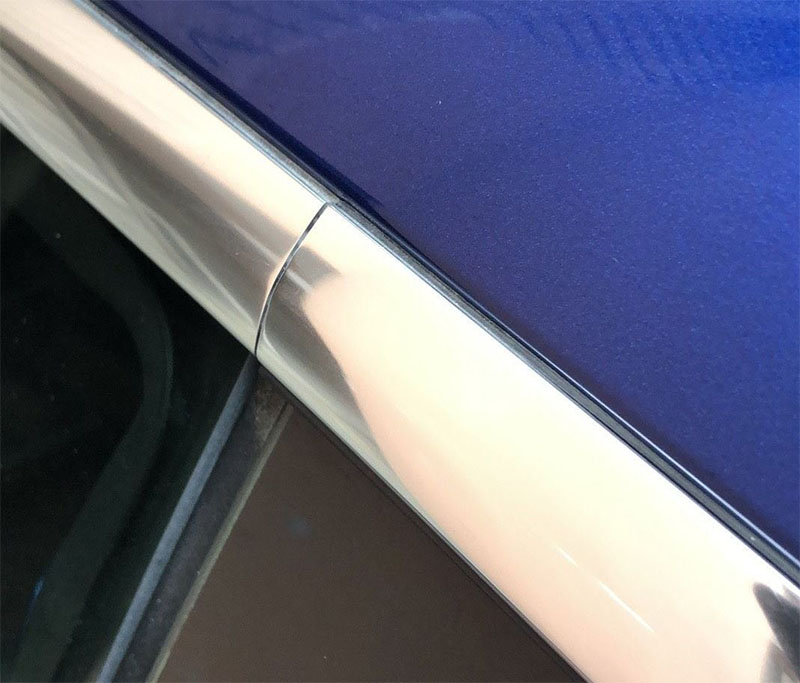 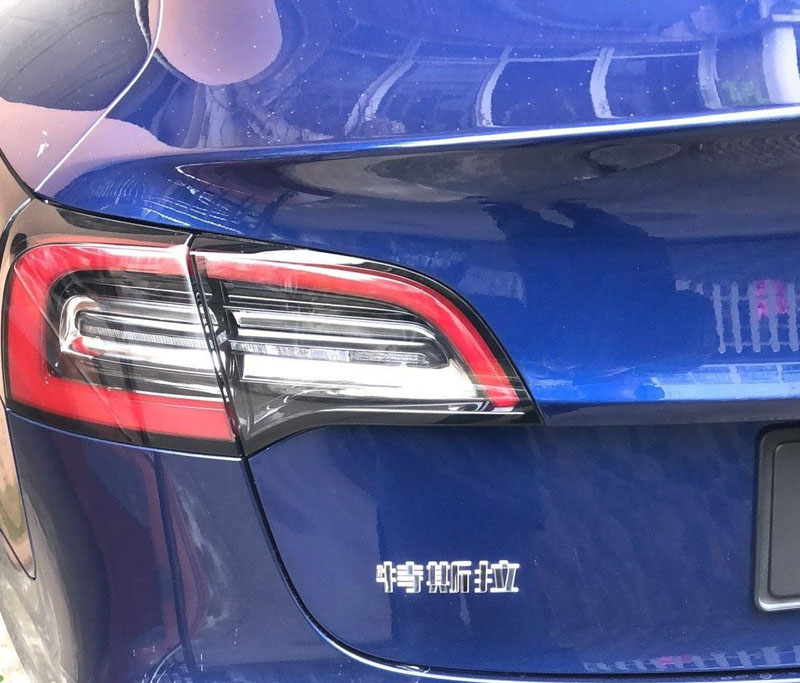 made in china model 3

There is no “unintended acceleration” in Tesla vehicles

Back in March 2019, we covered the tweets from Bonnie and Jason Hughes that explained how unintended acceleration events were just not possible. Now, Tesla has given their official explanation, much in line with that Jason explained back then, after some allegations were made to the NHTSA. Worth reading.

The folks at Third Row Tesla Podcast had the chance to interview Elon Musk in person a couple of weeks ago. As you may or may not know, we normally don’t include articles about Elon’s personal life in this newsletter but in this case, we’re making an exception. If like us, you’re passionate about Tesla, I’m sure you’ll enjoy listening to Elon Musk sharing his story and why he put everything on the like to build SpaceX and Tesla.