On Monday we woke up to our Tesla showing the infamous “12v battery needs service” message so I decided to call Tesla. I had some problems and after 20+ minutes waiting my call dropped (this happened 3 times). During the call the recording that said I could use the live chat on https://tesla.com/support but I visited it a few times and I didn’t see it. Later in the day, I decided to give it another try and after clicking on one of the support articles… there it was, a live chat icon!

After a few seconds, Trevor was there to help me. I only had to provide my VIN number and he was able to pull some data from the car and answer all my questions. It’s pretty cool seeing Tesla improving some aspects of their customer service like this, specially now that due to high sales this is suffering a bit.

Note: The chat icon doesn’t seem to come up on mobile and I couldn’t see it again after 9pm.

Imagining a Tesla App for iWatch

Rehan Butt has created a bunch of mockups for a possible Tesla App for the Apple Watch. Honestly it looks pretty cool, I hope someone at Tesla sees them and gets inspired to prioritize something like this!

This is what Tesla collects in an accident on AP2+

greentheonly (aka verygreen in TMC) came into procession of two Autopilot units from crashed cars and was able to extract the snashots that the car stored during the crash. One of the crashes is an AP1 that crashed on July 2017, the crash snapshots only included 5 cameras: main, narrow, fishseye and pillars (2) at 1 fps, while the other crash is from October 2017 and its snapshop data includes 30 fps footage for narrow and main cams in addition to the data mentioned earlier. 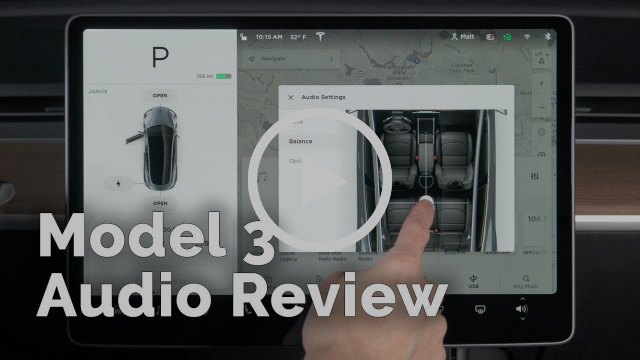 According to the release notes: Window position and charge connector locking behaviours have been optimized for cold weather.

People are reporting that the Model 3 doesn’t roll the windows all the way up and the charger is ulocked by default - both only during really low temperatures - to avoid problems in very cold weather.

While a few months ago it was LA that removed the free express lanes for vehicles with the clean air vehicle decals, now it is the turn of NorCal. The county of Santa Clara is voting in December a proposal that would charge 50% of what other single drivers pay.

Enhanced anti-theft comes as part of the basic package in Europe since it’s mandatory by law. This is how it actually looks like.