I’ve had my Model S for a bit over two years, and just last January did my first two-year service and wanted to share my experience. I’ve posted on Twitter about this topic before, but things keep on changing and especially if you’re a new owner, I know you may have questions so I’m going to try and answer them below.

When to take your Tesla into service

There isn’t a one-year or a two-year service as such, but Tesla recommends checking quite a few things at the two-year mark. Here’s a list:

If you’re a Model 3 owner, they also recommend the following list of basic procedures and maintenance for you to perform at home without having to schedule a service appointment.

Scheduling an appointment via the mobile app

Taking your Tesla into service is easy and scheduling an appointment can be done via the mobile app. Most likely, you’ll have to leave the car for a few hours at the service center (or until the end of the day). Tesla is not doing loaners for the day anymore. Instead, they’ll give you an Uber voucher or waive your transportation fees.

I scheduled the appointment in late December and got a date for mid-January (the main reason being that was the earliest I was available). The appointment was confirmed right away and appeared on the mobile app like this: 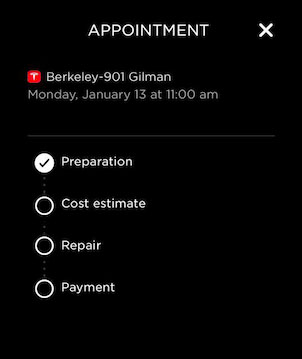 At that point, I had no idea they’d send a ‘Cost estimate, so learning about the process was really helpful.

It wasn’t until a week before the appointment or so that Tesla reached out with a recommendation of what procedures to perform in our second annual service. They reached out both via text message and email, and they shared the following itemized estimate in PDF: 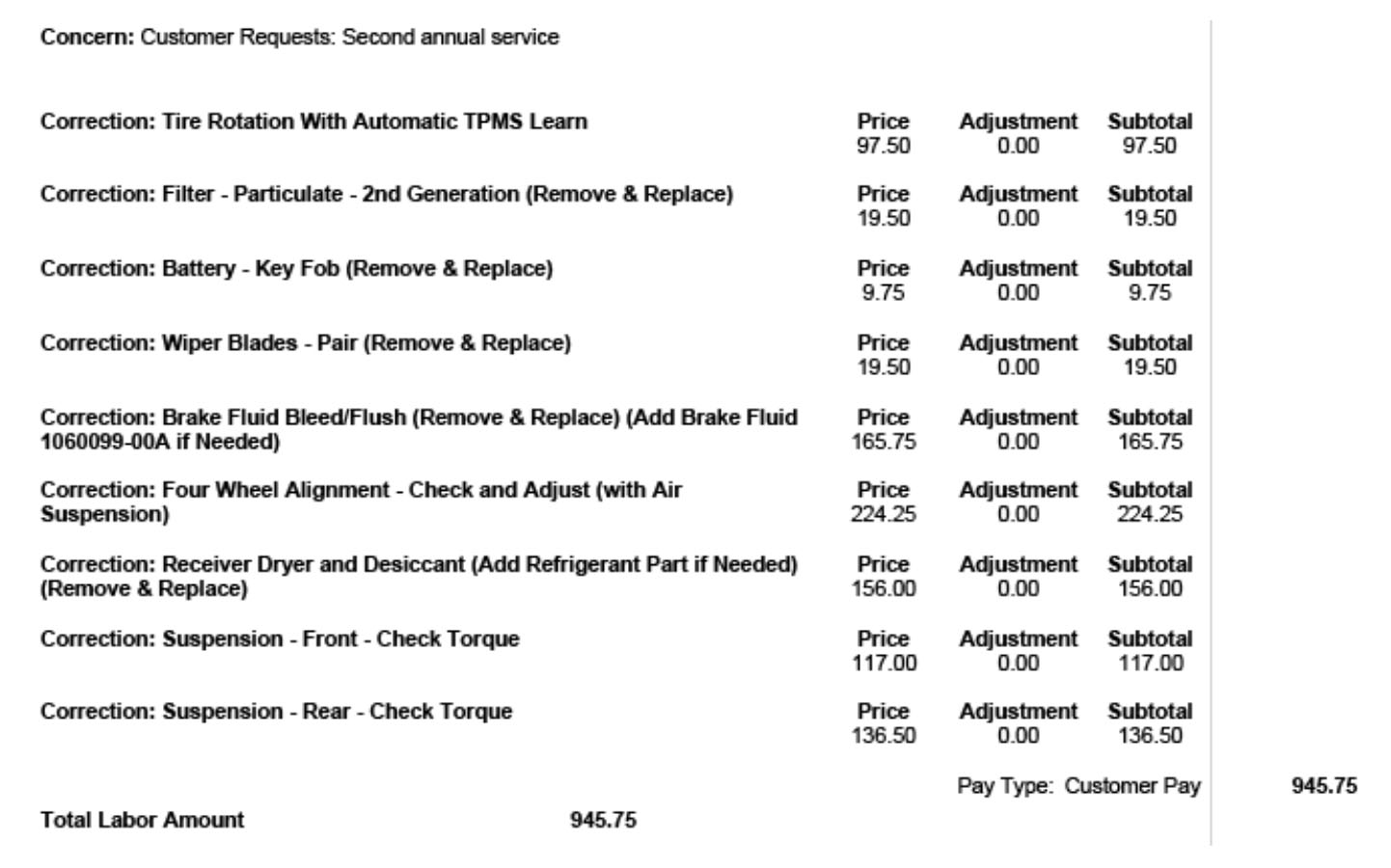 Communication was easy, in our case we chatted via text message until we adjusted the jobs to be done and the quote, and that way the day of the appointment it was just a matter of double-checking what we had already decided was in the list.

We ended up not doing the tire rotation and wheel alignment since we’re due to change our tires in a few months and we’ll do it all together. We also didn’t need to check the key fobs, which batteries we had changed ourselves not so long ago.

You do need to approve the estimate before taking your car into service. And finally, after the work is done, you’ll get a notification and should be able to see the final invoice and pay from the mobile app like this: 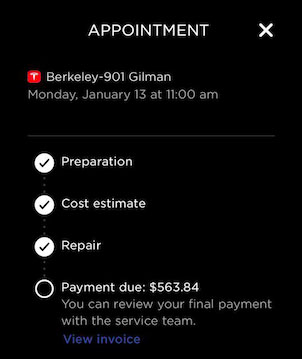 In the quote I’ve shared above you have all the items and its prizes, this is a Model S and the service was performed in Berkeley, California. With the changes I’ve mentioned, we ended up spending $563.84, here’s the final invoice: 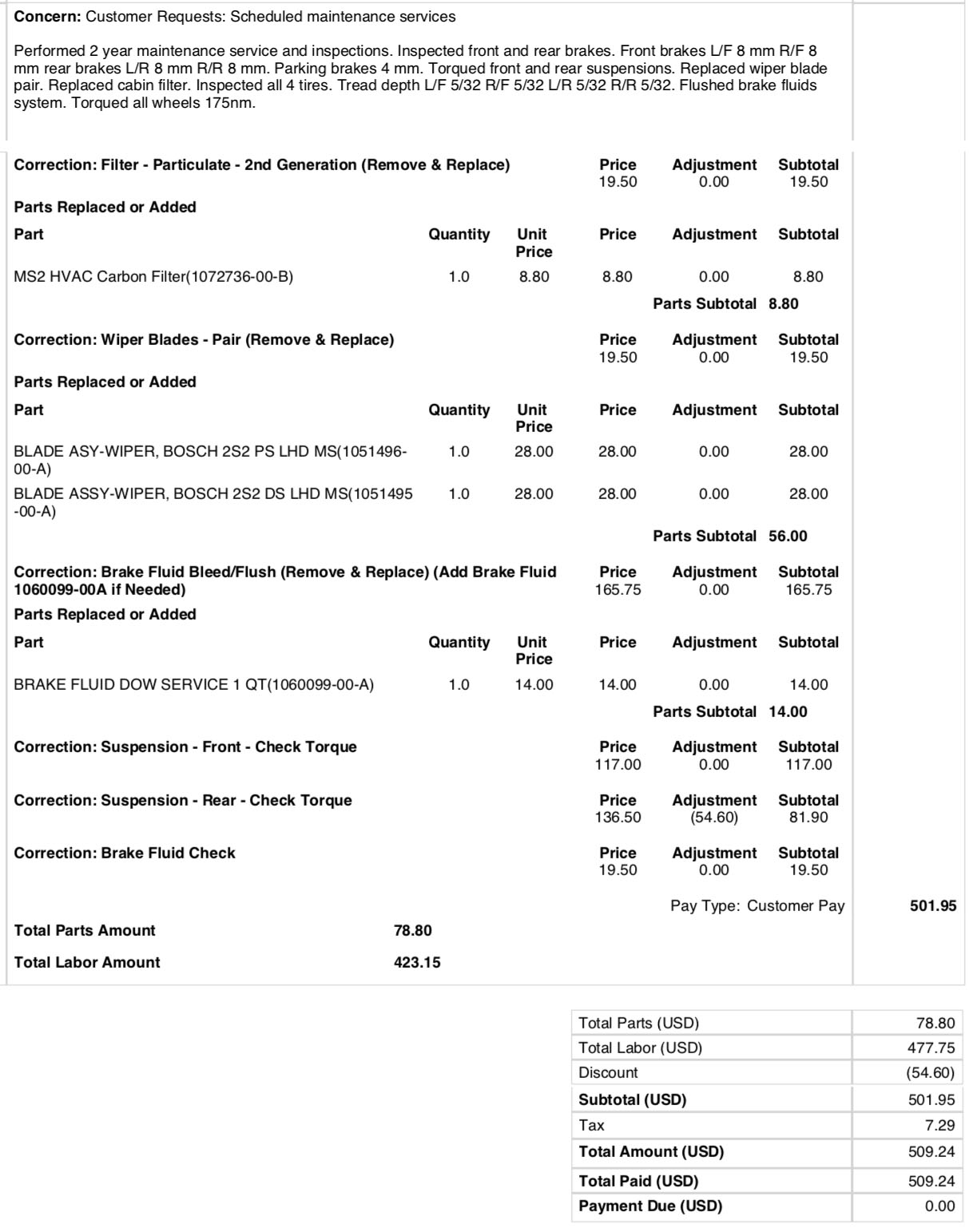 Note that there’s a discount applied that corresponds to what we spent in transportation during the day (since we couldn’t get the Uber voucher to work).

My favorite thing about this process is probably the fact that I didn’t have to make or receive any phone calls and that the communication was very efficient. That’s something I really like about Tesla and I value as a customer, and I’m really glad that taking my car into service was no exception.