Tesla’s Media Control Unit or MCU is the main screen in the car and it determines some of the new features your car can get. Since we have a Model S that we purchased in 2017, we have MCU1. If you’re interested, we also recently wrote a blog post about Tesla version 10.0 and MCU1.

In this blog post, we will try to answer the following questions:

All Model 3 come with MCU2, so if you’re a Model 3 owner, don’t even worry about this, you have the latest technology :) If you purchased a Model S or a Model X before March 2018 (as we did) you must know your car came with MCU1. All other Model S and X purchased after March 2018 also came with MCU2.

If you still aren’t sure, try rebooting the screen using the two small wheels on the wheel drive. If only the main screen reboots, you have MCU1, if both the IC and the MCU reboot, then you have MCU2. Or you can also check out which MCU version you have on this website.

For us with MCU1, here’s an important question, is there a retrofit for MCU1? We asked our Service Center and their answer was crystal clear: no, it is not possible. However, Elon Musk has repeatedly hinted on Twitter it’ll be possible. Most recently, a couple of days ago he confirmed Tesla is working on a retrofit for cars with MCU1. We don’t know how much it’ll cost, but it seems that it’s finally becoming a reality. 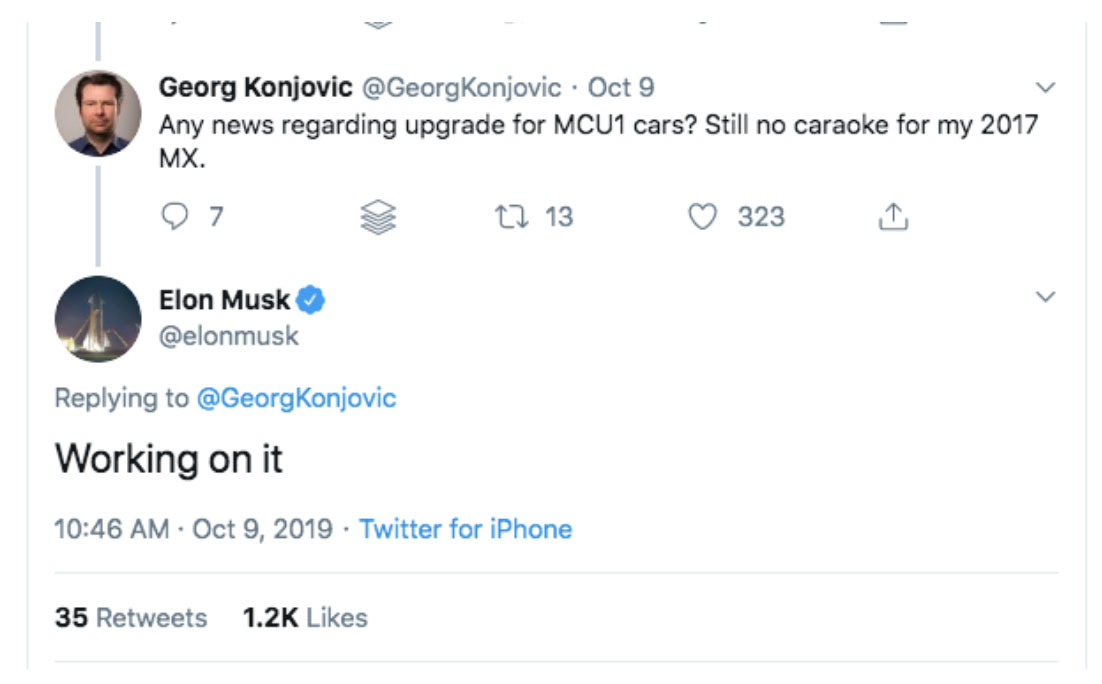 Meanwhile, what are the main differences between the two MCU screens? For starters, the processor in MCU1 is Nvidia Tegra 3 (arm) whereas in the MCU2 is Intel Atom E8000 series CPU (x86_64). Is it really that much different? Can we live without MCU2?

I guess we could, but it’s not as much fun since owners with MCU1 don’t get Tesla Theater nor Tesla Arcade. That means no Netflix, no Hulu or any other video streaming services. And no video games either (Cuphead, Buggy Beach Racing 2, etc.). It also doesn’t have USB controller support.

Another big difference is the browser. MCU2 browser is Chromium based and MCU1’s is not. That means a faster browser, and it can also render video with sound (this is limited to when the car is parked). It is also true that the MCU1 browser has improved a lot (and I mean a lot) since we got our Model S in 2017, but it’s still kind of slow if you compare it with the MCU2 one and there some websites which can’t be rendered.

As per Autopilot, Navigate on Autopilot, and Full Self-Driving, the MCU version doesn’t affect those features at all. For that, you’ll want to check which version of the hardware (not MCU) you have.